Over the years, the WEIG KARTONFORUM has evolved into a highly respected information platform covering topics on cardboard packaging and packaging board. Representatives from trade, brand manufacturers, packaging producers and recycling specialists were invited to the forum for the ninth time to discuss a range of very topical issues.

The cardboard and folding carton industry currently has to tackle ever-changing framework conditions in a volatile environment. Various talks focused on the specific economic, political and regulatory developments that play a role here and how one might navigate safely through these turbulent times.

Moritz J. Weig welcomed the participants and emphasised that shifting framework conditions represent nothing new per se. Thanks to globalisation and digitisation, however, these have been given added impetus, which in turn is having a particular impact on the intensity and speed of the changes. He discussed the specific volatile framework conditions which the German paper industry in particular is currently confronted with.

The first speaker was Prof. Dr. Michael Grömling from the Cologne Institute for Economic Research. In his presentation entitled The prospects of the German economy in times of high geopolitical uncertainty, he highlighted the main influences of the present day. He also examined what was behind the recent downward revision of economic forecasts by practically all institutes. Here, he focused particularly on the influence of global developments on the European economic environment.

Framework conditions are defined by legislation in particular. The national legislature is often bound to directives “from Brussels”. Mechthild Heil, member of the German Bundestag since 2009, described the task of politics in this era as creating opportunities for growth and innovation as the way to a sustainable future. She also discussed the current regulatory proposals at a federal level concerning the paper and packaging industry.

Dr. Bettina Sunderdiek, Head of Communication and Press Relations at the Central Office Packaging Register, went into more detail. During her talk, she explained to participants the role and tasks of the Central Office Packaging Register, which she described as being transparency and fairness in the packaging disposal market. Not all of the questions regarding the LUCID registration process have been resolved. However, she appears convinced that its implementation will be a success going forward.

According to Dr. Oliver Wolfrum, things are generally looking good for the Association of the Corrugated Board Industry. As their long-standing managing director, he believes that the industry is in a good position with paper as the basis of the packaging of tomorrow. However, he also highlighted the specific challenges currently facing manufacturers of corrugated cardboard and corrugated cardboard packaging as well as other fibre-based packaging solutions.

To ensure that the participants did not have to go home too despondent in the face of the major challenges of our times, Patrick Herrmann gave his keynote speech entitled Courage. He describes himself as a courage donator, speaker and coach. His motto is: “Courage is like change, just earlier!”

An expert discussion closed the event, where representatives of WEIG-Karton outlined current developments in products and processes. Dr. Boris Rotter, Head of Technology, built upon his talk from the previous KARTONFORUM and explained the progress made in the interim. He also broached the subject of so-called grass-based cardboard, which also plays a major role at WEIG. Account Manager Tanja Alef reported on improvements made to the WOS – WEIG’s online portal – and the benefits of having an EDI connection between customers and suppliers. However, she also stressed the continued central importance of maintaining personal contact.

During his summary and outlook, Roland Rex, Head of Customer Focus and Business Development at WEIG-Karton and Event Host, emphasised that in our VUCA world characterised by volatility (V), uncertainty (U), complexity (C) and ambiguity (A), there is another type of VUCA that can help guide us through these turbulent times: vision, understanding, clarity and agility.

The participants of the ninth WEIG KARTONFORUM were in agreement: the 2019 forum was another successful and informative event covering a relevant topic – with real added value and customer benefits. 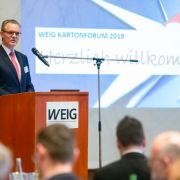 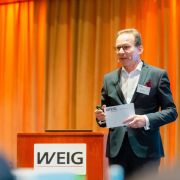 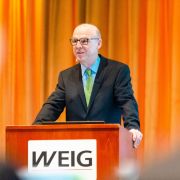 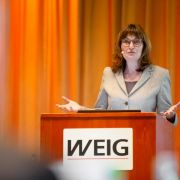 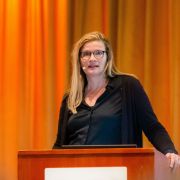 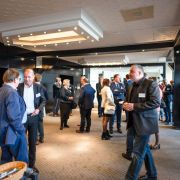 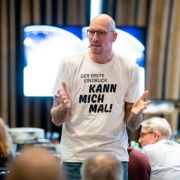 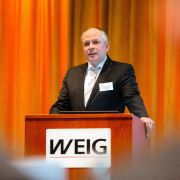 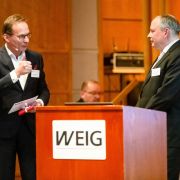 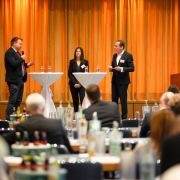